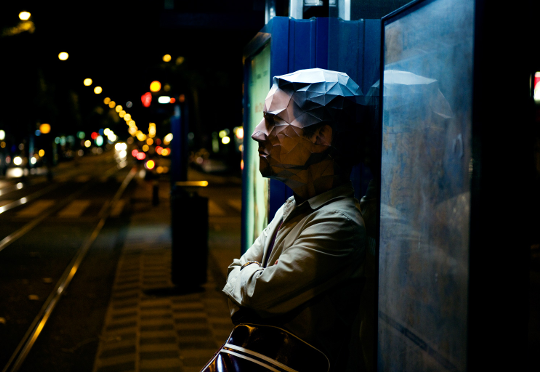 MIscha Rozema is a Dutch film and commercials director. He is the co-founder of Dutch filmcompany, PostPanic. He recently directed a branded content film for Liberty Global, paying special attention to the use of storytelling.

Could you please introduce PostPanic?

PostPanic is an Amsterdam-based company founded in 1997, which includes PostPanic (commercial film), PostPanic Pictures (long format film) and Panic Program (emerging commercial talent). We also host and curate the biannual Panic Room. Our name may imply we're a post house but we couldn't be further from that label. We just happen to keep all the creative processes from live action to post-production in-house for our clients. We work primarily for major brands such as Dell, Chanel, Liberty Global, adidas but also for agencies across the world.

What does the branded content film for Liberty Global consist of?

Over 4 minutes of film packed with movie and TV references. A love letter to storytelling.

What was your idea behind film?

My first idea involved Hollywood royalty telling us about the power of stories, somewhere in the Mohave desert, combined with some pretty insane plot developments which I won't bother you with now. We were ready to fly out and shoot, when at the last minute everything kind of fell apart. Turns out, A-list actors bring a lot of extra concerns like agents, lawyers and astronomical budgets. After a couple of tries, which by the way took months, I got a bit fed up and decided to do a complete 180. I thought, what if we make the environment the lead part and the actors just visitors. That way we don't focus on this 'all knowing' entity but we focus on the actual point I'm trying to make. So instead of this A-list thespian telling about the power of stories, I wanted to show the stories themselves.

To me this was a very personal project because I'm a firm believer in the power of stories. They transfer information from generation to generation. Stories make reality a whole lot more bearable. They make you experience all of your emotions, Teach you, change you. They actually define us as a species. Brought us where we are today. They define me as a person. Some of my favourite ones ended up in the film.

Why did you put emphasis on the use of storytelling in this campaign?

The very first meeting we had with Julian Munro (Nuna9), we decided we wanted to make something special, something inspiring. We then chose storytelling as our theme as it was an actual product of Liberty Global and something we all connected with. That was the briefing! No limitations, so I started writing like a maniac! And that's why it became such a personal project as I got complete trust to make this work.

Which persons/parties contributed to this campaign?

A film like this you don't just make on your own. I can refer you to our website for everyone involved. As far as parties go; PostPanic, Nuna9 and Liberty Global.

What are the ambitions of PostPanic?

At the moment we're developing episodic content for platforms like Netflix, Amazon etc. First wave consists of 4 series and 2 documentaries. Talks have started; exciting times ahead. We're also still developing feature films, Sundays and LostBoy amongst them. All this under the PostPanic Pictures banner. Meanwhile PostPanic keeps making high end branded content on all media and platforms.