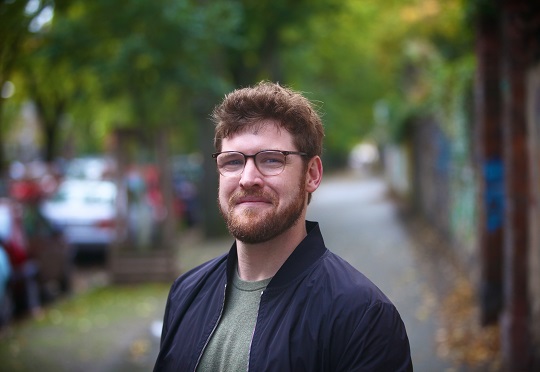 Noel Wigdor is the co-founder and CEO of Jaspr Trade, a unique barter platform that intelligently matches traders at close proximity to each other while ensuring they both profit.

The service has already facilitated nearly 2,000 trades in the last 10 months.

Jaspr lets you swap your talents and unneeded things, cash-free, with the people around you, like a Peerby for trade. Trading saves you money, helps you make friends, and lets you live more sustainably.

It also gets you access to experiences money can't buy. The service, the most advanced barter platform in the world, is available through our website www.jasprtrades.com or through our Android or iOS apps.

Why did you start Jaspr Trades?

I've long obsessed over why there's a million ways to buy something online, but no good way to swap. It turns out the problem is quite difficult: you cannot simply use technology and an approach that you would use for cash-based marketplaces.

The reason is that it's not enough with trade to find things people want; you need to find people things they want, offered by people who want what they have. You need to unearth trades - it's a two-way process. And that is very difficult.

I came up with a clever approach over ten years ago and built a website using it as my bachelor thesis. After a decade of waiting for someone else to figure this out, I couldn't take it anymore. So along with two fellow Babbel colleagues, we founded Jaspr.

Equity is split between the founding team.

Where are you located?

We are based in Berlin, Germany

How is Jaspr Trades financed?

Through a combination of a German government grant, EXIST, and angel investment.

What distinguishes Jaspr Trades from other businesses in the industry?

Jaspr learns the many things you can offer and want, then intelligently matches you with great trade partners nearby.

What is it clients wants from you?

They want an easy way to find great trades nearby. Trades that are profitable for both sides involved. We have facilitated nearly 2,000 trades in the last 10 months.

What does Jaspr Trades need to grow?

We will begin testing our monetization scheme in the next month, at which point we will seek seed financing to accelerate our growth.

What are your international ambitions?

We expanded to Amsterdam at the beginning of February and have already seen hundreds of items listed for trade.

We will be partnering with BLEND's incredible Weggeefmarkt on March 10th. Details can be found here

We just surpassed 33k users since our launch in March.

Are you also interested in a Startup Interview in this series, please send an email to Max Vlugt - max@nederlandsmedianetwerk.nl