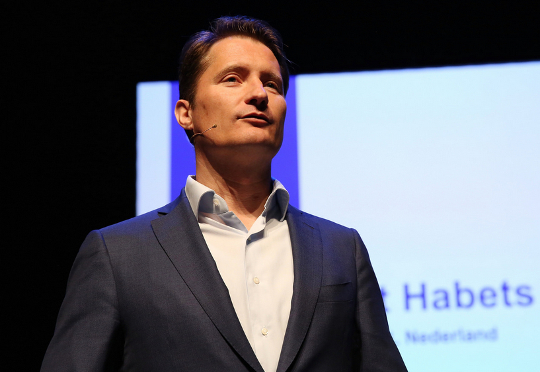 RTL Group today announced changes to its executive management team, which will ensure long-term continuity in the leadership of the Group. Anke Schäferkordt, currently Co-CEO of RTL Group, will leave the Group’s Board of Directors and Executive Committee at her own request, with effect from the Annual General Meeting on 19 April 2017. She will continue to be the CEO of the Group’s largest business unit, Mediengruppe RTL Deutschland, which she has led since September 2005. During this time, Mediengruppe RTL Deutschland has systematically expanded its portfolio of linear TV channels and digital services, and has grown its operating profit (EBITA) from €240 million (2005) to around €700 million (2015: €684 million). Anke Schäferkordt will also continue to serve as a member of the Executive Board of Bertelsmann, RTL Group’s majority shareholder.

Thomas Rabe, Chairman of the RTL Group Board of Directors, says: “On behalf of the whole Board, I would like to thank Anke Schäferkordt for her outstanding entrepreneurial performance at the head of RTL Group. Together with her colleagues on the Executive Committee, she has succeeded in making RTL Group more digital, more international and faster growing. At the same time, she and her management team in Germany have continued the success story of Mediengruppe RTL Deutschland. While I regret her decision, I fully respect her reasons and I’m very happy that she will continue to lead and advance our largest business unit – and that she will continue to contribute her unique experience and expertise to the digital transformation of our Group.”

Thomas Rabe continues: “To a large extent, RTL Group’s Iong-lasting success is based on the quality, continuity and experience of its management team. I am delighted that we have found, in Bert Habets, a strong leader and digitally savvy media entrepreneur from within the Group as new Co-CEO of RTL Group. Since Bert Habets joined our Group in 1999, he has proven his outstanding leadership and creative skills. He transformed RTL Nederland from a traditional broadcaster into a media company which entertains its audience across all digital platforms. Bert Habets embodies RTL Group’s total video strategy. I look forward to working with him, and wish him every success in his new position.”

Anke Schäferkordt, Co-CEO of RTL Group and CEO of Mediengruppe RTL Deutschland, says: “I would like to thank the whole management team at RTL Group, and above all Guillaume de Posch and Elmar Heggen, for the close and trustful collaboration over the past five years. From our comprehensive strategic review in 2012 to the IPO of RTL Group in Frankfurt/Main in 2013, and our push into online video and advertising technology, leading and re-positioning RTL Group has been a fantastic experience for me. Now is the right time for me to focus fully on further advancing our German TV and digital operations and contributing to the strategic development of Bertelsmann. I am very much looking forward to continuing the excellent collaboration with RTL Group’s well-established management team.”

Anke Schäferkordt, born in 1962, holds a degree in business administration. She started her career at Bertelsmann in 1988. In 1991, she moved to RTL Plus (now RTL Television) in Cologne, and took over the Controlling department the following year. From 1993 to 1995 she was a Director in charge of the Corporate Planning and Controlling division at RTL Television.

In 1995, she joined the TV broadcaster Vox, serving as CFO and, from 1997 onwards, also as Programme Director. Then, from 1999 until 2005, she was CEO of Vox. In February 2005, Anke Schäferkordt was appointed Chief Operating Officer and Deputy CEO of RTL Television, and since September 2005, its CEO. In November 2007, the German RTL family of channels adopted the corporate brand name Mediengruppe RTL Deutschland.

Since April 2012, Anke Schäferkordt has been Co-CEO of RTL Group. In this capacity, she retained her role as CEO of Mediengruppe RTL Deutschland. She also sits on the Executive Board of Bertelsmann Management SE, RTL Group’s majority shareholder.

Under his leadership, RTL Nederland established a clear strategy of strengthening the core business, while diversifying and innovating. Bert Habets has significantly grown RTL Nederland’s digital businesses (acquisition of the on-demand service Videoland; launch of RTL MCN; joint venture with SpotX for the Benelux and Nordic regions) while moving into other commercial areas such as RTL Ventures and RTL Live Entertainment.

With these varied strategic moves, he has transformed RTL Nederland from a traditional broadcaster into an all-round media and entertainment company. In 2014, Bert Habets was awarded ‘Most influential broadcast personality of the year 2013’ in the Netherlands.

Bert Habets holds a Master of Economics and Law (fiscal) from the University of Maastricht.