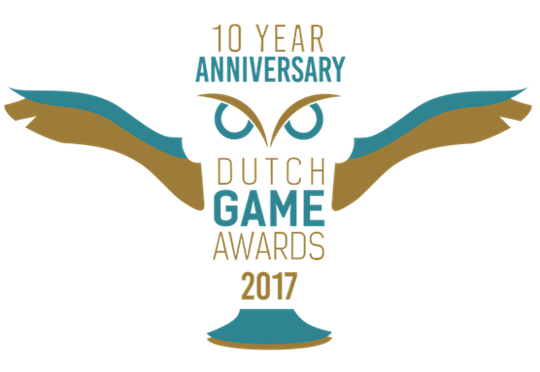 The 10th Anniversary edition of the Dutch Game Awardsis shaping up to be an interesting competition. When game registration closed, the count was at 89 games competing for an owl-shaped trophy. The Dutch Game Awards are the industry prizes for the Dutch game industry, and are organized for the 10th time this year. Competing this year are big titles, like the PS4 title Horizon Zero Dawn from Guerilla Games, and Valerian: City of Alpha by Spil Games, official game of Luc Besson’s sci fi film Valerian and the City of a Thousand Planets. Animals are a running theme across the titles this year, featuring in games such as Garfield vs Hotdog, Grumpy Cat’s Worst Game Ever, Cobmo Critters, and Rush Bee Ranger. A noteworthy outlier among the entries is Hidden Folks, a beautiful black and white searching game by Adriaan de Jongh.

The category Best Virtual Reality Game is entirely new this year. In total, 13 games have entered to compete for the award. Among the submissions are big titles, such as Landfall and Term1nal, by Amsterdam-based Force Field, and Suicide Squad: Special Ops by Utrecht-based Sticky Studios. Arizona Sunshine by Vertigo Games in Rotterdam is also a standout, offering the highly demanded experience of a VR zombie apocalypse. Among the 21 student games there are also many made specifically for VR.

The new VR award is sponsored by SIM-CI from the Hague, who apply virtual reality for simulations of critical infrastructure. They are not the only ones who apply game technology to serious contexts. There are 22 game entries that are focused on a goal beyond entertainment, competing for the Best Serious Game award. The applications range from training to marketing, from health care to conservation. For instance, the game Moving Stories by Ijsfontein serves to create awareness around youth and mental health, while VR_MEER by Dropstuff Media and The Dutch Virtual Men allows players to step into the painting “The music lesson” by Johannes Vermeer.

The awards ceremony of the Dutch Game Awards takes place on 6 October this year, during Firstlook Festival, which is also celebrating its 10th edition this year. The nomations for each category will be announced mid September.