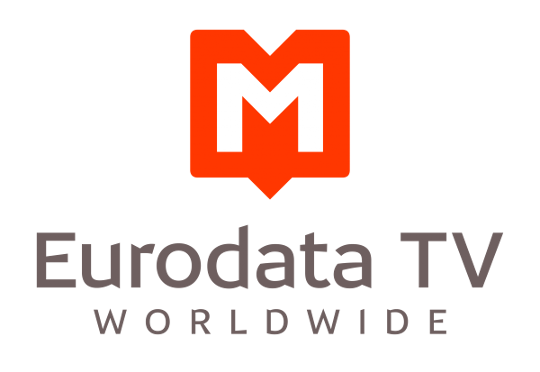 17-10-2017 08:24:47 | Editor: Max Vlugt | hits: 2343 | Tags:
In an exclusive for the MIP Junior event, Eurodata TV Worldwide unveiled its new NoTa Kids platform, the children’s version of NoTa (New On The Air)  its well known monitoring service for new programmes on TV and online platforms.
NoTa Kids is the first online service dedicated to analysing the performance of children’s TV show launches. NoTa Kids already covers eight territories: France, Spain, Great Britain, Germany, Italy, Japan, Russia, the United States, and 77 general-interest and specialist channels, as well as Amazon and Netflix. This daily monitoring of children’s programming includes newly launched and upcoming shows, certified audiences based on three targets, comparisons with the average, and international audiences, etc.
NoTa Kids will complement and strengthen the Kids TV report, which is published twice a year and offers a total of the audio-visual landscape devoted to young audiences.
What were the major recent trends for children’s programming across the world identified by NoTa Kids and the Kids TV Report ?

In 2017 in the countries studied by Eurodata TV Worldwide, the NoTa Kids service has identified the following four major themes :

Many programmes are on attracting kids by appealing to their curiosity towards the complex world around them. In some cases, this has meant introducing kids to miniature worlds. For example, in Best Bugs (Je suis bien content, France), which is scheduled for early 2018 on Disney Channel in the United Kingdom, kids find themselves in the shoes of three insects that cohabit as best they can with the residents of a hotel. Continuing the theme of discovery, shows like: Little Witch Academia (Studio Trigger, Japan) and The Worst Witch (CBBC / ZDF, United Kingdom / Germany)  give prominence to fantasy, with a cast of kids who want to learn magic. This show was a big hit in 2017 and ranked second best children’s programme on the CBBC channel for the first half of the year.

Coming back closer to reality, programmes that put the hero and their immediate family and friends at the heart of the story have enduring appeal for children. There seems to have been a particular emphasis on duos this year: Munki and Trunk (Sunrise Productions, South Africa) – a hit success in Sweden in 2017 – follows the unlikely friendship between a monkey and an elephant. Rusty Rivets (Spin Master Entertainment, Canada) is in a similar vein, focusing on an unusual friendship between a young boy and a robot. This programme was popular with under 5 audience in the United States.

Appealing to the imagination and to fantastic creatures remains the cornerstone of several hit children’s TV programmes. For example, Beat Monsters (Synergy Media Inc. / Studio Goindol Inc. / Turner Asia-Pacific, South Korea / Australia / United States), an international production where the viewer lives the adventures of a small group of zany extra-terrestrial music fans who have landed on earth. In Germany, Cartoon Network tripled its audience share for the time slot thanks to this animated series.

Finally, we must remember that first and foremost kids want to have fun, something that producers have not forgotten. Fruit Ninja: Frenzy Force (Halfbrick Studios, Australia), an adaptation of the mobile phone game of the same name, is a real hit on paid platform YouTube Red. This year kids have also frequently been the participants, for example, in the magic programme Wooala! (Lucky Road Productions, Spain), where hidden cameras follow two magicians as they encounter children in the street. The show is the 8th most watched in Spain in 2017 for children aged 4-12.

Among the main childrens hits in Europe, local productions and international productions are not equally weighted in every country. In the last edition of the Kids TV report , focusing on the first half of 2017, France was the country with the most local success stories (over 60%). Among these, some original French programmes really stood out, such as: Ernest and Celestine, the Collection (Folivari, France). Germany and the United Kingdom followed close behind with a little under 40% of local programming in the top children’s programmes. In Spain and Italy, however, foreign programmes were shown more, with imported hit shows representing 88% and 75% of programming respectively. This year’s launches – Winston Steinburger and Sir Dudley Ding Dong (Sticky Pictures / Entrainement One, Australia / Canada) in Spain  and Minnie's Bow-Toons (Disney Television Animation, USA) in Italy – are the perfect illustration of this trend, cornering third place in the rankings of those respective countries.

Avril Blondelot, Content Insights Director at EurodataTV: "In Spain, at least 6 out of the top 20 children’s series in the first half of 2017 were launched this year. The speed with which new programmes are finding their audience makes daily monitoring of these series very useful indeed. We are delighted to add NOTA Kids to our existing services."