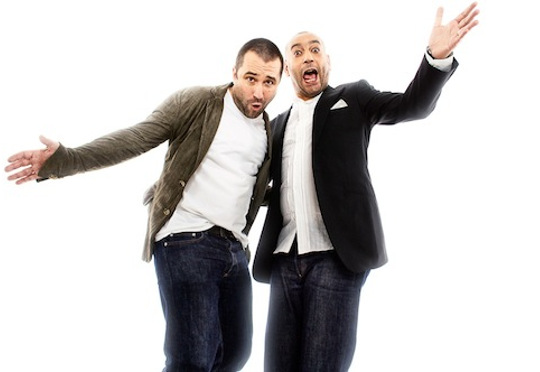 Launched in June 2017, 24 Sèvres is LVMH's latest multi-brand e-commerce experience offering the most Parisian selection of fashion available worldwide, inspired by iconic Le Bon Marché Rive Gauche. FRED & FARID has been appointed for the launch of this luxury fashion platform in its key international markets. As part of this collaboration the creative boutique network was in charge of the design and production of the launch campaign signed 'WHERE FASHION COMES TO LIFE'.

With the new season beginning and newness in the air, 24 Sèvres is set to release a new fashion film, directed by Nicolas Winding Refn (Drive, The Neon Demon) and choreographed by Nicolas Huchard (collaborator of Christine & the Queens), and created by FRED & FARID.

The film highlights the two narrative foundations of the 24 Sèvres brand, Paris and Le Bon Marché. Set at night in the deserted store, and progressing into the streets of the City of Lights, the narrative takes the viewer on a journey that celebrates the very mission statement 24 Sèvres seeks to fulfil: to bring Parisian style (and the mystique that surrounds it) to the world, anchored by Le Bon Marché, the institution that continues to attract and fascinate at home and abroad.

In this film, Winding Refn champions individuality and celebrates femininity, in an homage to women and freedom of expression, with dancers coming together and growing individually, for a unique artistic performance showcasing Parisian taste tailored to the global consumer.

It is also a first in multi-brand positioning, with some of the world's most desirable labels featuring together.

Eric Goguey, CEO 24 Sèvres: "The talent that came together to produce this film was incredible,and it is an industry first to bring together some of the most renowned names of the fashion world within one campaign. We are thrilled to have looks from Fendi, Gucci, Dior, Prada, Givenchy and more included in this project."

Farid Mokart, Co-Founder and CEO Fred & Farid: "24 Sèvres is a wonderful ambition, a unique destination for fashion, brands and their creations. There is an excitement and a pride to artistically contribute to the international exposure of this project by creating an idea that takes time and form through music, dance and cinema... to draw inspiration from this unique spirit to Le Bon Marché, Paris and the Parisian woman to celebrate women in all their diversity, freedom and beauty."

The film 'WHERE FASHION COMES TO LIFE', available online from September 6th will be launched in 3-minute, 90 and 30 seconds. To complete this display, 7 digital assets will also be launched featuring 7 different brands.