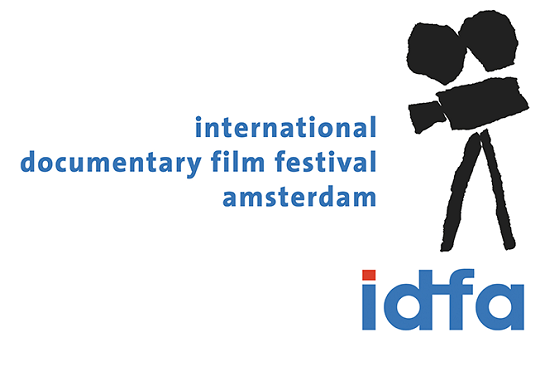 Sixteen projects were selected to participate in the IDFAcademy Summer School 2018 with eight projects for Editing consultancy and eight for Script development.

The participants' nationalities (Venezuela, the Ukraine, Egypt, Tunisia, Sweden, India and others) are as diverse as the stories they tell.

During the Summer School, held July 2–7 in Amsterdam, up-and-coming international filmmaking talents from all over the world work on their film scripts or rough cuts under the guidance of esteemed film professionals.

Two projects were at IDFAcademy Summer School before, when they were in script phase, and now return for editing consultancy. Lea Glob's Apolonia, Apolonia follows young artist Apolonia who leaves Denmark to become a painter in Paris, where she was born.

The coming-of-age story with Bohemian Paris as its backdrop was pitched at IDFA Forum in 2015, where it was well-received. Glob's previous films Olmo & The Seagull (2015) and Venus (2016) were screened at IDFA.

The Last Year of Congo Mirador by Anabel Rodríguez Ríos is one of six IDFA Bertha Fund projects selected. It participated in the IDFAcademy Summer School in 2013. The Venezuelan filmmaker's short The Barrel was screened at IDFA 2013.

The Last Year of Congo Mirador shows the ongoing decay and fall of a small settlement built on Latin America's largest oil field.

The selected projects in the editing consultancy category are:

The Last Year of Congo Mirador

Congo Mirador is a small village built on stilts in the middle of Lake Maracaibo, Latin America’s largest oil field. We tell the story how several of its inhabitants deal with the gradual disappearance of their village as - despite literally swimming in oil - it is sinking in mud, corruption and violence.

Svitlana and Pavlo fall in love during the Ukrainian Revolution in 2013. But they soon find themselves thrust into a much darker conflict: Russia’s military invasion.

Motivated by the public rape of her best friend in the streets of Cairo, the director uses her camera as her weapon against sexual harassment and embarks on a journey of self-awakening as she confronts her own haunting past.

Speak So I Can See You

Set at the intersection of an observational documentary and an audio-visual experiment, this film connects the strangers from the opposite ends of the radio signal and reimagines the role of the old-school, live, spoken word radio in contemporary life.

Ever since there’s only one male northern white rhino remaining on earth, armed bodyguards protect him, tourists are standing in line to make a selfie with him, journalists rush to Kenya to tell his story and scientists are determined  to find ways to reproduce his species. What is so attractive about the threat of extinction? How does this reflect on us?

A young Tunisian joins the Bosnian war, where he falls in love with a Bosnian woman. After getting married, they seek asylum in Luxembourg. But they are deported with their kids to Tunisia. He is sent to prison and his wife leaves him and their children. Now he is stuck  between being a father or seeking revenge.

A kaleidoscopic array of cultures where humans are trying to find their connection with faith, happiness and love through supremacy over animals.

A not so classical portrait of a painter.

Under Script development the selected projects are:

Giant ancient trees are traded for much desired cash, uprooted and sent on an adventurous journey through land and sea.

When men turn up dead, the old folks whisper of the aswang, a shape shifting beast from folklore. In Manila, bodies pile up and lives entwine as the state wages a brutal war against drugs and crime.

The Other Side of the River

A young Arab woman, joins the Kurdish Party to flee her ISIS supporting family and returns back as part of Police force. We are following her passion for freedom by showing the conflict between the family and society on one side and the changing military forces on the other side.

Sasja Beslik, investmentbanker, former refugee and environmentalist at heart, believes he can better the world working from the belly of the beast: the big bank. After years of struggling, he finally reaches a high-rank position at the bank. Will he now manage to change the system from within? And what ideals will he have to sacrifice? A thrilling journey into an abyss of money & power.

Nothing but the Sun

Nothing but the Sun is a journey film that dives into an unknown reality, in one of the most remote corners of the world: the Paraguayan Chaco. It addresses the complex meaning of identity and sense of belonging through the experience of the Ayoreo natives who were stripped of their territory and fundamental elements that constitute their culture.

The Earth is Blue as an Orange

Mines are still falling, but teenagers in a war zone want to live, love, laugh, learn and even shoot their own films.

This is a film about the geopolitics of food, culture appropriation and immigration presented as a personal reflection, and mixed together in one famous dish: Hummus.