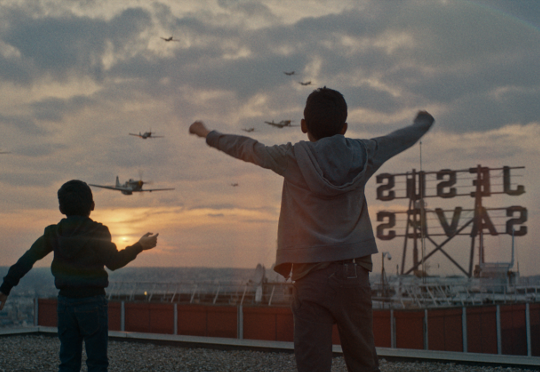 A Report Of Connected Events is a branded content film written and directed by Mischa Rozema and produced by PostPanic. Celebrating the power of storytelling, it was commissioned by Nuna9 on behalf of their client, Liberty Global. Filmed in Paris, the piece explores iconic moments in film and television history, blurring the lines between our reality and some of our favourite stories.

Rozema: "We decided we wanted to create an ode to story telling from the start. Storytelling is something I’m very passionate about so this immediately became a very personal project for me. I’m a firm believer in the power of stories. They define who you are as a person. They can teach, warn, change your view and let you experience your full emotional scale in ways reality rarely can. More over, we actually all end up being a story ourselves. Life would be very boring without them."