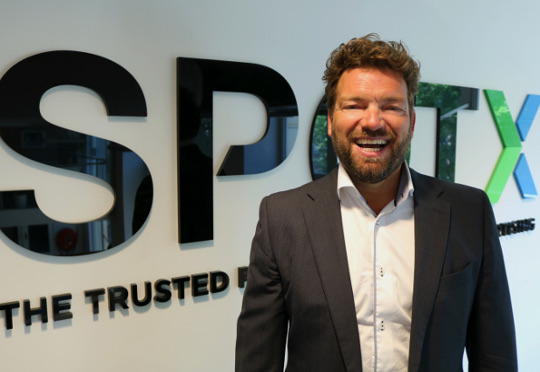 SpotX, the video advertising and monetisation platform, today announced the appointment of Marco Ruivenkamp to the role of Managing Director of SpotX and smartclip, Benelux.

Ruivenkamp brings more than 20 years of extensive experience and will play a key role in moving the merger of the two companies forward and the continued growth of SpotX in the Netherlands, Belgium, and Luxembourg.

With the appointment of Ruivenkamp, SpotX and smartclip strengthen its worldwide position as a specialist in the field of programmatic video advertising.

Ruivenkamp was previously responsible for the growth of mobile video platform LoopMe and in charge of all digital and programmatic activities at media agency MEC. In addition, he has held various international management positions at, among others, Turn, Tapps, and Yahoo.

“Marco is a manager with a strong focus on relationships and he has a lot of knowledge of data, media, and technology,” said Mike Shehan, CEO & co-founder at SpotX. “Because of his international background in programmatic advertising, and in particular his knowledge of the buyers and the agency landscape, he is the right person to serve the customers of SpotX and smartclip in several ways besides offering the best tools for programmatic trading of video on cross-screen devices.”

The appointment of Ruivenkamp is related to the merger of SpotX and smartclip and more investment in the continued roll-out of advertising technology solutions and services in the Benelux region, staff expansion, and customer retention.

“SpotX has made great strides in recent years with all major Dutch broadcasters amongst its clientele. Besides offering the best technologies, both SpotX and smartclip stand out for their strong counsel and good account management. I am proud that I can now play a role in this,” adds Marco Ruivenkamp, managing director, SpotX and smartclip for Benelux. “Together with the team, I am fully committed to both the proactive management of supply and the facilitation of demand. I am very much looking forward to contributing to the continued expansion of SpotX and smartclip in the Benelux.”