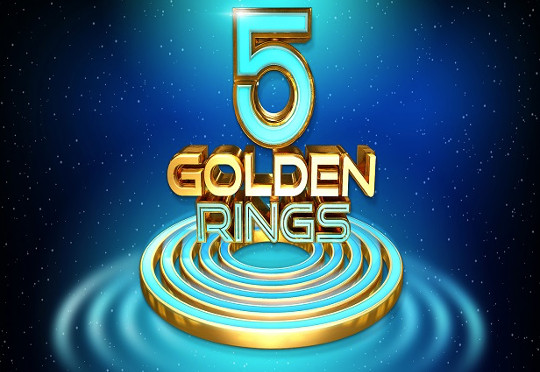 Talpa is pleased to announce that Zense Entertainment will bring the successful formats 5 Gold Rings and Human Knowledge to the Thai market. Thailand will be the first country in the Asian region to adapt these formats. For 5 Gold Rings Thailand will follow in the footsteps of the Netherlands, UK, France, Israel and Greece. This connected game show is suitable for a wide audience; both young and old are watching and playing along with the app. In France the format currently shows a steady increase in ratings since its launch in Fall 2017, with a season’s record high for last Saturday’s episode! In the Netherlands the second season just started.

The studio entertainment show Human Knowledge, that was introduced at MIP last October, is all about estimating human behavior. This show lends itself particularly well for snackable content; videos of the show broke records online in the Netherlands.

Both formats will be broadcasted on Thailand's BBTV channel 7 and PPTV respectively later this year, according to Mr. Varavuth Jentanakul, Chairman & CEO of Zense Entertainment.

Jentanakul: "It is such a great opportunity for me to be able to bring fresh innovative content and brand-new experiences like the connected app from Talpa to Thai viewers. I'm sure that 5 Gold Rings will attract more and more viewers to watch and play along with the show. While a fun human behavior quiz like Human Knowledge would be the talk of the town here. And I'm sure that this is just the beginning of the long relationship between the two companies."

The connected game show in which every pixel counts. A huge interactive LED floor projects amazing animated pictures that are the base of each question. Players need to put the rings on the correct answer, but the rings become smaller throughout the game, making it even more challenging - whilst the difficulty level of the questions remains the same.
5 Gold Rings is also available as stand-alone game, within the same app as the play along. This means that audiences are able to play the 5 Gold Rings game anytime, anywhere: even when the TV show is not on air!
5 Gold Rings is co-created by Talpa and Possessed, part of ITV Studios.

In Human Knowledge celebrities test their knowledge of regular people and children by predicting their behavior in a variety of situations. The contestants don't necessarily need to be smart: on this show, having a high EQ is way more important than having a high IQ! Who is best at predicting human behavior?