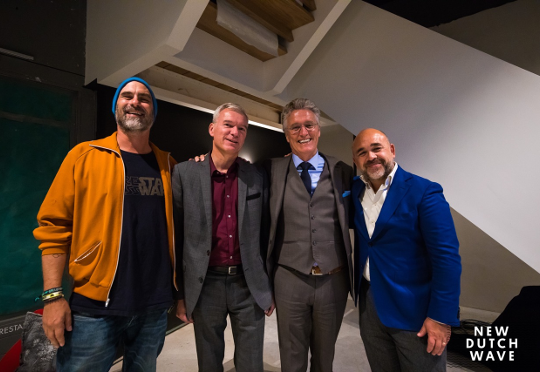 Why did you start New Dutch Wave?

In 2016 three entrepreneurs were matched by the city of Amsterdam and the embassy in Washington; Arne Koefoed (WINK), Atilla Meijs and Danny Frietman (Enterprise Summit). Our strength and passion is to tell stories of other people and organizations. We all saw the immens opportunity to tell the story of the Dutch creatives, cities, start-ups, musicians and kindred spirits in a different, inclusive way.

What is the main objective?

New Dutch Wave has become that platform during the South by SouthWest Festival (SXSW) which helps to facilitate meaningful connections, so these amazing people and organizations can tell their story (which also gives purpose and focus for New Dutch Wave)

Through which means can Dutch creativity be promoted abroad?

SXSW is an enormous festival and it is very important to channel and choose your messaging wisely. New Dutch Wave is the official partner for The Netherlands for SXSW, which has allowed us to work closely with SXSW to tune our value towards our partners.

This is done through the way we have structured the booth on the expo and the New Dutch Wave Take Over House in the city where we can have talks, deep dives and music. Also the official talks through SXSW helps to boost the audience and the messaging. We look very closely at the ambition of the partner, delegate, creative, musician and mirror the options we have at SXSW with New Dutch Wave.

New Dutch Wave has recently launched the Counterwave. Could you explain the idea behind this mission?

Every wave should have its counterwave. We wanted to show the Dutch creative industry, first hand at its finest hour, during Amsterdam Dance Event (ADE) and Eindhoven Dutch Design Week (DDW) to a choice selection of Creative Entrepeneurs from the USA. Meeting the Dutch up, close and personal in their own habitat. Sharing inspiration and business.

Which international collaborations have been formed through meetings so far?

Through the Counterwave with i.e. the City of Austin, Capital Factory (largest Tech incubators) and SXSW. We visited ADE, Rotterdam and the Dutch Design Week in a little of seven days.

We are now working on all follow-ups with the delegates and Dutch stakeholders (Brabant C, Brabant DC, Brainport, Eindhoven365 and Dutch Design Week)

What is the latest news?

And what is next? SXSW 2019 is next! We are working closely on the third wave to Austin and organizing information and network events throughout The Netherlands. It will take place on November 21 in Amsterdam & November 22 in Eindhoven, at 17:00 and location to be announced.

If you like to join, please drop us a message at info@newdutchwave.com.