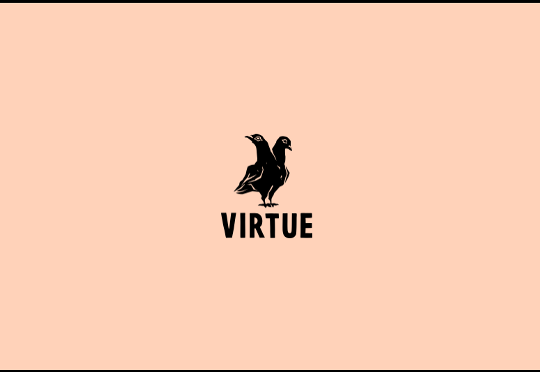 This week at the Cannes Lions International Festival of Creativity, VIRTUE, the creative agency by VICE, took home a total of 7 Cannes Lions awards.

Three Bronze Lions for ‘Q’ the world's first Genderless Voice and 4 Lions (including a Grand Prix in Digital Craft) for its adDRESS_THE_FUTURE work with Scandinavian retailer Carlings.

To challenge the environmental impact of the fashion industry Carlings teamed up with VIRTUE by launching adDRESS_THE_FUTURE - the world’s first purely digital fashion collection. VIRTUE’s idea of launching a purely digital fashion, created as multi-layered 3D blueprints, was the right answer for Carlings as it meant that they could launch a collection that’s 100% design and IP, with zero physical production, waste or costs. Due to the success and importance of this campaign VIRTUE and Carlings are determined to launch a bigger bolder second part of the campaign later this year.

Rei Inamoto, Jury President of the Digital Craft category said: “It was the most intellectually stimulating piece of work in the entire category. It was the one piece that confused the jury in the most interesting way.”

The breakdown of awards won by VIRTUE for adDRESS_THE_FUTURE is as follows:

Originally developed as a standalone passion project concieved by two creatives in the creative team at VIRTUE Copenhagen - this award-winning, globally-recognised project had bigger ambitons.

VIRTUE teamed up with Copenhagen Pride to develop Q, the world’s first genderless voice to end gender bias in technology.

Q is created as a next step toward ending gender bias and fostering more inclusivity in voice technology as it gives technology a new and genderless voice.

Technology companies conclude users’ preferences of a female voice in certain scenarios, and male voices in others because they believe it will make people more comfortable adopting and using it.

This gender bias infiltrates the platforms that are becoming more pervasive in everyday lives, reinforcing outdated stereotypes and regressing the world’s progression on the perception of gender.

With the launch of Q, VIRTUE hopes that consumers and major tech companies will recognize this issue and acknowledge Q as a potential solution. The ambition therefore is that Q will be available as an open-source within a year.

The breakdown of awards won by VIRTUE for Genderless Voice is as follows:

Rob Newlan, CEO VIRTUE International, adds: “VIRTUE finds new ways for brands to matter to the world. Sitting at the intersection of advertising and entertainment allows us to create new approaches and fresh ideas, of which Q and adDRESS_THE_FUTURE are great examples. These campaigns were crafted to mobilise action and add awareness of new definitions of gender and the fast fashion effect on the environment.  I am incredibly proud that our work has been awarded and I want to thank our amazing talented teams - and our brave clients for believing in our vision.”